Over the past few years, we’ve become more focused, tighter, yet flexible. We champion remarkable brands with partners who put people over ego. And we do this through strategy and design.  We'll start here: with General Design Co.'s rebranding, beginning with typography. 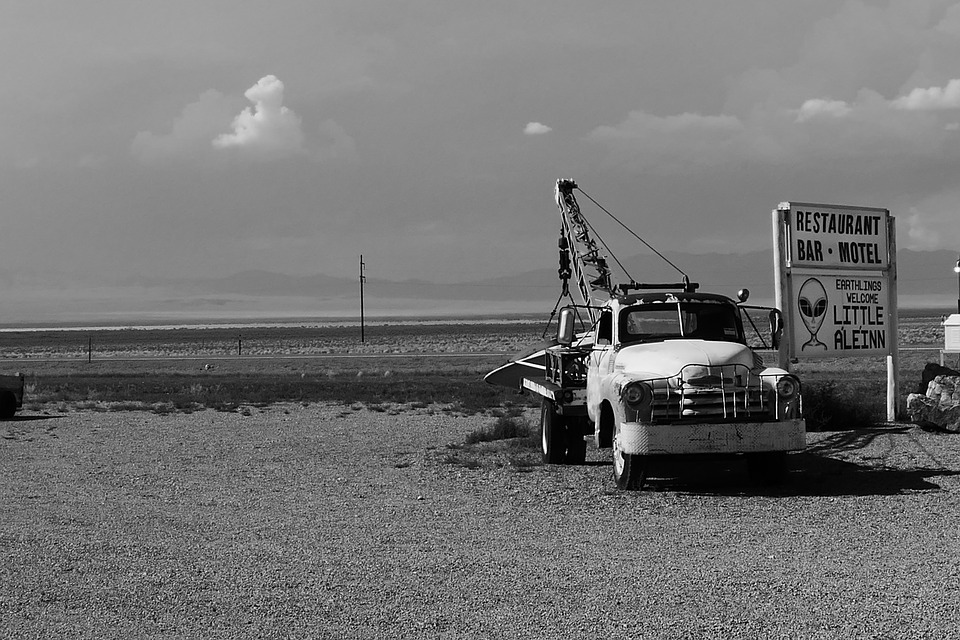 A question arose in my mind. Well, a couple of questions.

How did they know they were heads? Maybe they were alien butts. Where’s Mulder and Scully? Who really knows anything about extraterrestrial physiology? But, that’s a digression. The real question was:

How do we redesign our identity to reflect who General Design Co. is today? ‍

Over the past few years, we’ve become more focused, tighter, yet flexible. In exploring the answer to this question we realized, simply: we champion remarkable brands with partners who put people over ego. And we do this through strategy and design.

We see design as something that is necessary. It’s pervasive and it’s functional: a utility and a tool. If we were to compare it to something you’d find in a kitchen, it’s like salt. It’s that silent partner that exists in every household. It brings flavor and color to dishes, and—let’s be honest—you can’t cook anything from pasta to potatoes without it.

In the same way salt brings out distinct notes and character to ingredients, typography also shapes the unique identity of the brand and concept.

If we’re leveraging design in the way a chef uses salt, what could be more of a staple than a system font? Also, we love a good challenge, and what better one than to restrict ourselves to Georgia, Arial, and yep, Zapf Dingbats.

System fonts were designed to be accessible and are by proxy ubiquitous. They are professionally designed by typographers and were purposefully created, propagated, and - merely because of their universality - shunned by designers.

However, we don’t see it that way. We see possibilities. We see salt.

Arial was chosen because of its underdog reputation and its attribution to female type designer Patricia Saunders. As a woman-owned company, we wanted to expand our brand identity in this way as a subtle “tip-of-our hat” to other female designers. Arial is besmirched as a hackneyed “Wish you were Helvetica”, but has stood the test of time as a true and functional typeface with merits all on its own. Twitter and Google both use Arial for their copy and content, and the Huffington Post uses Arial on its front page.

So, we chose Arial as our workhorse kosher salt. This typeface serves as our keystone, grounding the identity in its matter-of-fact letterforms which are sensible yet malleable with its variety of weights and styles—pervasive yet flexible.
‍

‍
Georgia, created by Matthew Carter, was dubbed so in reference to a tabloid headline, "Alien heads found in Georgia”. Not only is the typeface familiar on resumes, on student essays, on your dropdown in Word, but it’s also found on the Reputation album by Taylor Swift. It embodies a comfortable familiarity yet it has also been used by The New York Times and DC’s own Washington Post’s The Lily as a sobering yet serious representation of what’s happening in the world at large. It’s everywhere.

Today, we’ve raised our banner behind Georgia, drawing parallels between its functional curves, friendly letterforms, and ourselves. It represents the intimacy and inspired intentionality of our work, our process, and our relationship with our clients. It’s graceful and rational. Georgia shines as our Himalayan pink.
‍
Introducing the third in our system font mirepoix: Zapf Dingbats. Herman Zapf created a typeface made of glyphs that many of us remember as an odd non-sequitur in our Word font menu dropdown. For those of us growing up with it, Dingbats was a coded opportunity to leave secret messages, an attempt to truly confuse our professors, or spice up boring passages of text.

It’s the quirkiness that complements the concept. It’s our fleur de sel - that head-tilting verbal and visual voice that is specifically ours: a non-manufactured, good old-fashioned elbow in the ribs that humanizes our work and simultaneously invites deeper discovery or a chuckle.

However, we’re more than a collection of typefaces. We’re a collection of individuals who agree on a single philosophy. Our belief in design as a practical tool and evocative flavor is our guiding principle: for our clients, and for ourselves.

So, what I’m really trying to say is:

Aliens, give us a call. We’ll be here for you when you decide to launch an extraterrestrial eatery: tip to tail, face to butt. Just...don’t forget the salt.

We're always on the lookout for talent. Send along your resume and cover letter to work@generaldesign.co to be considered. Designers are required to provide a portfolio of work as well.

Over the past few years, we’ve become more focused, tighter, yet flexible. We champion remarkable brands with partners who put people over ego. And we do this through strategy and design.  We'll start here: with General Design Co.'s rebranding, beginning with typography.

Get Ready To Battle Barrel-Aged Beers